10 Simple Methods to Get the Most From Your Mind 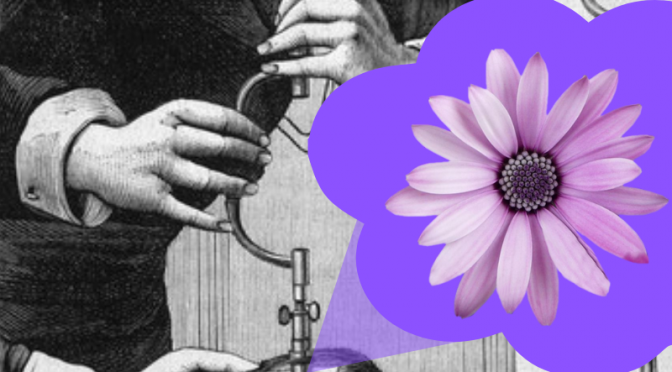 Most of us feel like we are pretty good at using our brains; I mean, we’ve been doing it our whole lives, right? But are you really getting the most out of your mind when it comes to memory, study, and creativity?

There are loads of little tweaks and changes you can make to your current routines that will give big brain benefits. Which of these are you not currently using to their full effect?

The average person needs about 8.5 to 9 hours per night. You, dear reader, are average, right? Probably not; so don’t just assume that you can set your alarm for 8.5 hours after you go to bed and get the maximum benefit.

Some need more sleep and some can get by with less. The amount of sleep you need actually varies throughout your life. In general kids and teens, especially during growth spurts, need much more sleep than adults. In addition, stress in your life—physical, mental, or emotional—will often increase your need for sleep (though it may make sleep more difficult). Snoring and sleep apnea could be telling signs of life stresses and could easily disturb your night’s rest. If you’re suffering from snoring or sleep apnea problems, read this article on https://snorgo.com/can-snoring-be-cured/ and learn more on how you can get a good night’s sleep.

If possible, try to go to sleep at the same time each night and allow your body to wake up on its own. The research on this is hard to fault. Numerous excellent studies from around the world show that getting enough sleep is absolutely critical to functioning at your peak, mentally and physically. A U.S. Navy study of recruits in training, published in 2008 noted, “In short, recruits who receive 8 hr of sleep per night scored on average 11% higher [on a standardized test] than their counterparts who receive only 6 hr of sleep, supporting our hypothesis that more sleep was associated with significantly better academic performance.”

So how much sleep is enough? One easy way to tell is to try and take a nap during the day. If you can fall asleep, you probably aren’t getting enough sleep at night.

Exercising your body exercises your brain. Regular physical exercise makes your brain work better. Your brain is supported by your body. If your body isn’t in good health, it won’t be able to give your brain optimal support.

The research shows that pretty much any type of exercise can help, even a quick walk around the block. Don’t put exercise off because you can’t do a full workout. Get your blood flowing regularly during each study session. Every 45 minutes or so, get up and walk the dog, do some push-ups, shoot some hoops, level up in Dance Dance Revolution, etc. You’ll really be able to see a difference in how well your mind is working.

Educational psychologists have found just how much more effective episodic rehearsal (taking breaks while you study) is than massed rehearsal (studying without breaks). See my free ebook for more info on that.

This goes hand in hand with the previous point…

Regular review is the key to transferring information from your short term memory to your long term memory. For example, study for thirty minutes and take a five minute break. After the break, review what you just studied and then add new information. In the same way, you should begin each day’s study session with a brief review of what you studied the day before.

IMPORTANT: ‘Review’ does not mean look the material over; it means ‘force your brain to recall the info.’ In looking over the material, we see that it looks familiar; we recognize that we’ve read it before. That can fool us into a false sense of confidence concerning our mastery of the material. But recalling the information requires a different sort of memory. Quiz yourself over the material to make sure you actually know it.

In one psychology study, subjects who organized a random list of fifty words–like ‘taco,’ ‘flake,’ ‘kitten,’ ‘tuba,’ ‘spoke,’ etc.–into categories did better at recalling the words several weeks later than subjects who were specifically instructed to memorize the list. Think about that; simply organizing the words was better for recall than actually trying to memorize them!

‘Elaboration’ is the term psychologists use to describe working with material you are trying to memorize. ‘Rehearsal’ is the word they use to mean going over the information again and again, using flashcards, for example. Notice, the word e-labor-ation has ‘labor’ built right into it. Studies show that elaboration is better than rehearsal. So work with the information you’re trying to learn, and you will recall it much more easily than if you spent an equal amount of time simply rehearsing the information.

For example, if you are learning new vocabulary words for the GRE, are you better off spending ten minutes going over your flashcards or texting your friends? If you use the vocab words in your texts (elaboration), you’re better off texting than rehearsing with flashcards. BAM! Tell that to your teacher.

Study with the end in mind. How will you be asked for the information? Will it be an essay test, a multiple choice test, an oral exam, a live scenario?

When possible, test your recall of the information using the same format with which the professor will test you or in the same manner you will use the information in real life. Memorizing a list of the major battles in World War II and their outcomes is great if the prof will be asking you to match up a list of the battles with a list of the outcomes. It’s much less useful if you will have to write an essay asking you to evaluate the importance of several different battles on the course of the war.

Metaphors are like pliers you can use to grab tough ideas and stick them where you want them. (See what I did there?) Use metaphors and examples to really get a grip on slippery concepts.

No metaphor is perfect so come up with several different metaphors for the same concept. It’s like a prism for teasing out the different ideas that make up the whole. How is each different? Where does the metaphor break down?

When learning, get as many senses involved as possible. Everyone learns using some combination of their senses. In fact, at one time or another, you’ve probably learned whether you are a visual, kinisthetic, or auditory learner; but research shows that no matter what your preferred method of learning, every student benefits from learning the information in all three ways.

The average classroom lecture might involve sight and sound as the prof lectures and writes notes on the board. But when going over the classroom notes, don’t limit yourself to sight and sound. Throw in physical actions, feels, smells, etc. How can you do that?

A friend of mine studying art history would sit in a different room of her house while studying paintings from different periods. Then on the test she would recall what room she was sitting in while looking at a particular painting. “Let’s see, I was sitting in the kitchen, so this painting is post-modern.” Similarly, building models of molecules makes learning the difference between hexane and benzene hard to forget. Or how about snacking on a different type of food or burning a different scented candle while learning different items. “So was Descartes a 16th or 17th century philosopher? Ummm … cinnamon candle … must be 17th.”

How many times have you heard that setting goals is helpful. Know why so many people preach about it (including me)? Because it works! The psychological literature abounds with evidence about the effectiveness of goal setting.

For maximum potency, goals should come in a variety of sizes and time frames that build on one another. Setting both short and long-term goals gives direction to your studying and lets you measure your progress.

A long-term goal might be something like getting accepted to Cornell Vet School by August of 2020. Scoring at least a 160 on the math section of the GRE would be a mid-range goal that might help you achieve that long-term goal. Your short-term goal for the day’s study session might be to do a single, thirty-minute, practice section of GRE math.

Oye! This is a mistake I see students make over and over again. They memorize a list of facts, but they fail to apply the mental effort needed to understand what those facts mean.

If you understand a concept the recall usually takes care of itself, but recall doesn’t necessarily give you understanding. For example, understanding how prevailing wind direction and humidity interact with the Himalayas to cause rain forests and deserts requires some work beyond just memorizing the facts. It’s much easier to just memorize the average rainfall in the Gobi Desert and in Nepal.

However, understanding the concept increases your ability to extend your knowledge to other areas. In the example above, I might be able to predict relative levels of rainfall around other mountain ranges, even before I know much else about them. I won’t get that from memorizing a list of average rainfalls.

Getting more of some things–like more exercise and more review.–and less of other things–like less studying and less recall–can really beef up your brain and make you a better learner.

Which items above are not getting enough of your attention currently?

Are there other study keys you would add to the list? Let me know in the comments!